The land of golden sun and blue seas, Gokarna is one of the lesser frequented coastal destinations, when compared to places like Goa and Kerala. It was primarily known for being a Hindu pilgrimage town. While Gokarna has recently gained popularity among the Indian tourist crowd, it has always been a favourite among the foreigners since as far back as the 1960s! That was the time India witnessed an influx of the hippie culture. From the temples that make it a pilgrimage site to the pristine beaches that have made it popular as a tourist destination, the coastal town of Gokarna has it all.

Why Gokarna is a must visit destination

While it does not enjoy the same popularity as the beaches of Goa, Gokarna is much liked for the laid-back vibe that comes with its many undisturbed beaches. Some places to visit during your next stay in Gokarna is mentioned below. Be sure to check them out.

Here is a list of some good places to stay in Gokarna:

Located at a distance of approximately 145 km from Goa by road, and 8 km from the town of Gokarna, this beach has derived its name from being naturally shaped like the auspicious Hindu symbol – Om. Two semi-crescent shaped stretches of the beach join to resemble the symbol.

Of all the beaches in Gokarna, this is the most popular one. Lined with trees and shacks with some restaurants with exotic menus, you wouldn’t want to miss it if you’re visiting! The beach also offers various before experiences in the form of water sports and activities such as jet-skiing, surfing, banana boat, speed boats, etc. The rustic appearance of the coast, with golden sands and rocks coupled with the shaded fringe that makes for a relaxing ambience, perfect for a laid-back holiday.

The Kudle Beach is one of the five beaches in Gokarna. Located at a 20-minute walking distance from the main town, Kudle is widely popular amongst tourists who wish to enjoy the simple stretches of white sands, palm trees and simple shacks that serve delectable coastal cuisine. You would also find cosy bamboo huts for a beachfront stay.

Volleyball and other beach activities are often played on the beaches here. Though earlier the beach targeted backpackers, however now the clientele preference has changed due to several problems faced in the past such as theft, noise, drugs, parties, etc. With the location being easily accessible by foot or road, with basic accommodations in huts during the peak season (December to February) you will find Kudle beach an ideal tourist spot in Gokarna.

The temple set up in Gokarna during the rule of Mayurasharma forming part of the Dynasty of Kadamba is as popular as the Shiva temple in Kashi or the ones in Varanasi. The temple highlights the architectural work of the Dravidian age and style. Also, a stone carved as Lord Shiva in His standing posture is also preserved there. According to Hindu mythology, Mahabaleshwar is believed to be an incarnation of Shiva.

The Atmalinga or the Shiva Linga, made of white granite is the primary centre of worship in this temple which is enshrined on a peetha or pedestal. There is a tiny hole on the pedestal from where pilgrims can view the top of the Atmalinga.

The temple is known to be one of the most sacred and religious ‘mukti sthalas,’ a place where devotees pray for their ancestors and conduct rituals/death rites. Other rituals practised at the temple include fasting, shaving of the head and taking a dip in the Arabian Sea prior to entering the shrine. The temple is the most populated during the festival of Shivratri where the union of Goddess Parvati and Lord Shiva is celebrated where people throw bananas at the idol for attracting good luck.

This tank is open all day long throughout the year set up on the southeastern side of the Mahableshwara Temple. Koti teertha is believed to be sacred and contains one ‘koti‘ (which translates to a crore in the local language) offerings of the sacred springs, and is constructed with laterite material.

The locals hold the tank in high regards and consider it as a ritual bathing place for cleansing their sins before stepping into the Mahabaleswar temple. Other religious rites and rituals are also conducted here such as offering panda.

Unfortunately, the religious rituals have also led to severe pollution of the tank which resulted in a bunch of foreigners cleaning the tank in 2012. Major festivals like Shivratri especially attract pilgrims and devotees in lakhs annually. On a normal day though, the tank can be a pleasant place to spend a morning. While you might see some devotees depending on the time of the year, you can just sit by the water and enjoy some chai as the temple bells start ringing nearby.

Located in close proximity to the Mahableshwara Temple, this temple is a tribute to Lord Ganesha. As per legend and mythology, pilgrims are expected to first visit this temple to seek Ganesha’s blessings and thereafter, seek Lord Shiva’s at the Mahableshwara temple. This temple though small has its own unique identity and is popular by the name of Sidda Ganapat.

The Maha Ganapathi temple holds a black idol of Lord Ganesha made of granite which has a hole on its head. The idol is 1.3 meters in height. As per legend, it was believed that the young Ganapathi had deceived the demonic king, Ravana and rescued the Atmalinga. Ravana was said to have inflicted a violent blow on Ganesha’s head in anger which is reflected on the idol. The Atmalinga is believed to be preserved in the temple of Lord Shiva nearby.

Famous for its elegant architecture, the Mirjan Fort has located approximately 11 km from Gokarna. It is said to have been constructed in the early 13th century during the 54-year rule of Gersoppa’s Queen – Chennabhaira Devi, of the Vijayanagara Empire. She was also famously known as the ‘pepper queen’ for the export of spices during her rule. The Mirjan port, located about 32 km from Karwar was utilized for exporting salt, pepper and betel nut to Surat.

The fort spread over 10 acres is built with laterite stones, bastions and, high walls. Carpeted in green lawns and surrounded by dense woods, the fort has an aggregate of four entrances, each of which greets the visitor with wide steps. Several wells lead to a circular moat through access channels.

The fort was refurbished by the Archaeological Survey of India in 2000-2001 but is still mostly in ruins. Several antique findings such as gold coins, porcelain vases, and Islamic in-scripted clay tablets were discovered at the time of restoration. Many idols of worship made of stone can also be found under a tree. The Mirjan fort attracts many history buffs due to its majestic build and the significant history associated with it. The Afghanashini River flowing through the fort and the green lawns further enhance the beauty of this monument.

This temple is a known religious place in the town of Gokarna. It is dedicated to Gokarna’s protector, Goddess Uma, who was Lord Shiva’s first wife, later reborn as Parvati. The shrine’s architecture is typical to South Indian temples with the idol of the Goddess kept in the inner sanctum.

The temple has significance in Hindu mythology and is known for the association with the demon king of Lanka, Ravana. The legend goes that Ravana is to have headed north to Mount Kailash to perform penance. One of his two wishes were for a beautiful wife. Lord Shiva obliged and gave him Goddess Uma. The story goes that as Ravana made his way back towards the south, he was stopped in Gokarna by Lord Vishnu. Disguised as an old Brahmin, Vishnu is said to have fooled him into leaving Goddess Uma here. Thereafter, Uma was asked to reside at Gokarna itself and came to be known as Goddess Bhadrakali.

This beach is located approx. 11 hours from Bangalore and a 30-minute walk south of the Om Beach. The best way of reaching is by boat from Gokarna or a walk from Om Beach, the latter of which should take about half an hour. The beach derives its name due to the form of its shape of a half moon. It is less developed and much smaller in size as compared to the Om Beach, but still offering the addictive quietude that Gokarna’s beaches are famous for.

The unique feature of this beach is especially at night with stars shining in the clear skies. The comparatively cleaner waters and a mesmerizing view of the horizon during the day can leave one in awe. Only a few facilities and restaurants are present at the beach. Though water sports facilities are unavailable at the beach, it is perfect for swimming.

Also popular as the “Full Moon Beach”, Paradise Beach is the last beach along Karnataka’s Gokarna’s coast. Though, the beach is accessible by different modes; road connectivity to the beach is not available. The easiest access route is by way of a motorized boat from Half Moon Beach or Om Beach. Other routes include hiking from the Half Moon Beach. It is the furthest from the town of Gokarna and offers very minimal facilities.

The Paradise beach is about 150 meters long, most of it is covered by rocks. The balance of land is covered with white sand. This beach used to be frequented by foreign travellers. Famed as a hippie paradise, it was particularly notorious for the sale of weed which is once believed to have been common here. However, most of the commercial establishments are under check by the police to ensure the law is maintained. This beach, however, lives up to its name for providing one with delicious seafood and local cuisine.

Owing to the fact that most commercial activities are restricted on this beach, it makes for a great pick if you’re looking for a quiet break. Currents near this beach are extremely violent and strong and thus, tourists are advised not to swim far from the shore. Due to the beach been cut off a from the tourist crowd, it provides a sense of solitude and isolation to those who prefer to enjoy their time of leisure in nature’s beauty and lap. Foreign travellers still visit the beach during the months of November too, March but, most of them come here for camping or for a day trip with their own tents.

Also, known as the Main Beach; it has gained popularity due to its close proximity to the temples especially the Mahableshwara Temple. The locals as well as pilgrims, visit the beach for ritual bathing prior to visiting the temple.

The beach forms part of the town’s coast and spreads out in the northern direction while the other beaches lie in the southern region. Due to its prime location, the beach is often crowded. However, it depicts a different calming picture in the morning when it is relatively less populated, leaving one spell-bound. 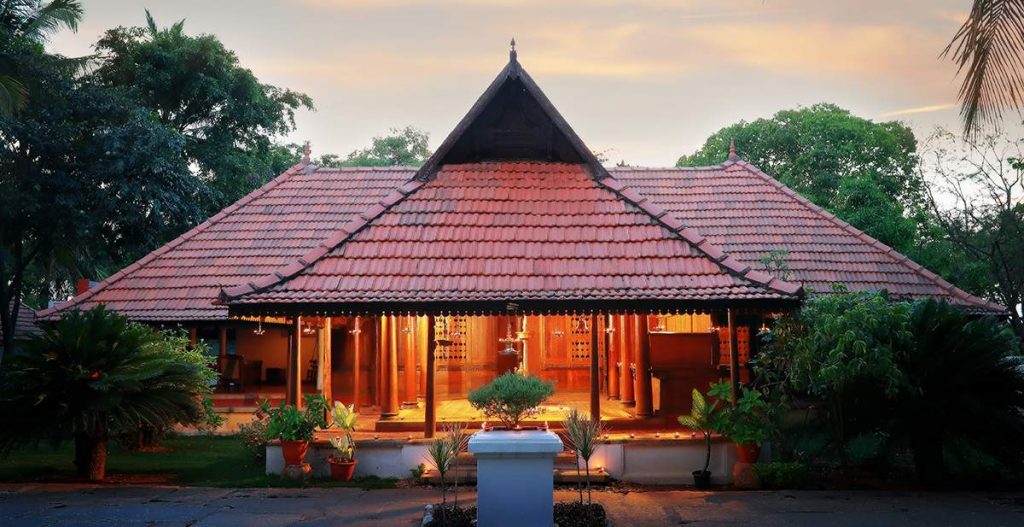 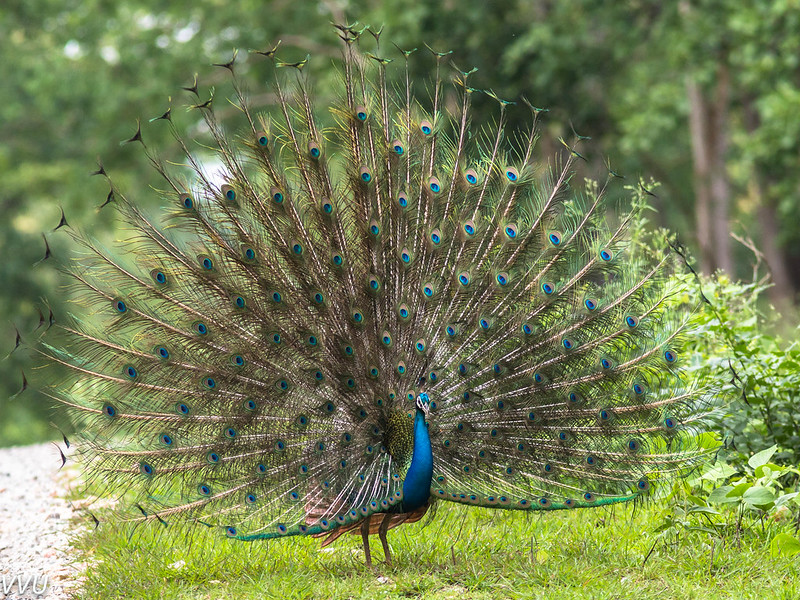 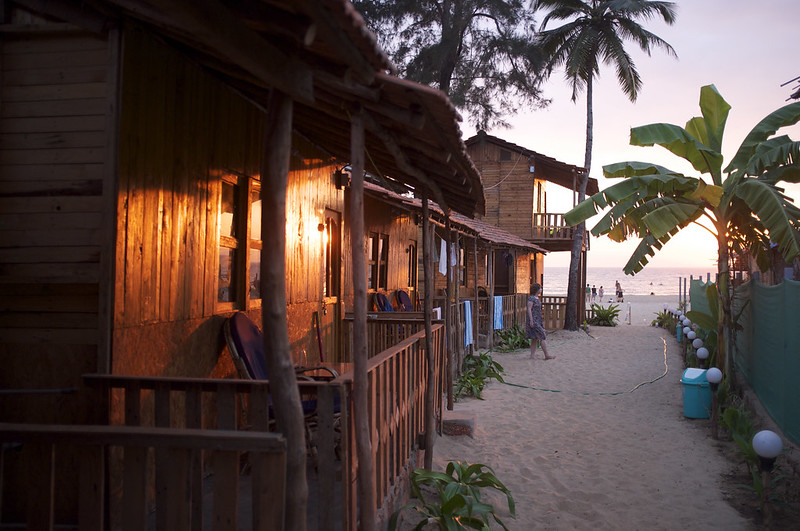