Merely 230 km from Bangalore, Sakleshpur is easily reached by the superb Hassan Road in less than four hours – which means you can enjoy a marvelous drive on fast roads and indulge in the splendour of this vastly overlooked place. 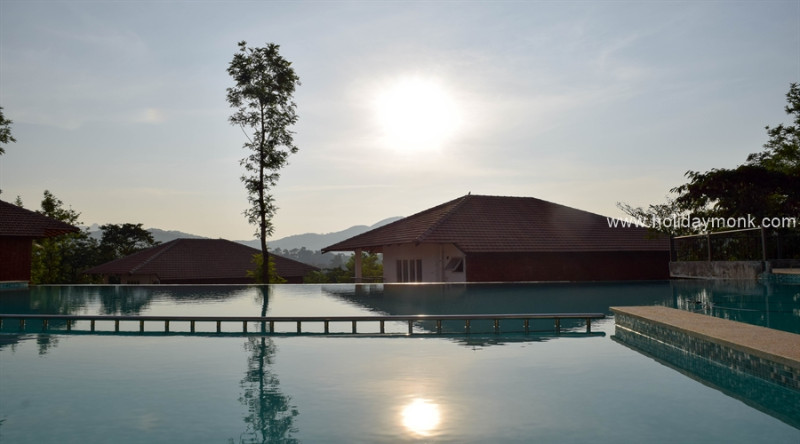 Explore the world your way

Once you’ve experienced everything Sakleshpur has to offer you realise that there is so much more you can do. Its amazing proximity to numerous other travel hot-spots makes it an ideal base to holiday from. In virtually every direction there’s a place to visit and explore with just a one-to-two-hour drive. To the south, Madikeri, at just 2 hours (98 km) away, is surprisingly close. An hour (60 km) to the north is Chikmaglur. Head westwards and Dharmasthala is just a 90 minutes (77 km) drive, while Shravanabelagola is just 2 hours (90 km) away to the east.

Sakleshpur is truly a convenient gateway to the many wonders Karnataka has to offer.

About
Restaurent / Clubs
Places to visit
How to reach
Weather
About

The town lies in the Malnad region on the magnificent hills of the biodiversity hotspot, the Western Ghats. It has a temperate climate surrounded with lofty green hills full of coffee, cardamom, pepper and areca plantations. These crops which contribute mainly to the economy of the taluk are grown in the surrounding villages and the entire taluk are brought to Sakleshapura city for sale.

The Western Ghats mountains extend along the western edge of the taluk, separating Sakleshapur from Dakshina Kannada district. The rest of the district lies on the Deccan Plateau. The Hemavathi River, a tributary of the Kaveri, drains the eastern portion of the district, originating in Chikkamagalur district and flowing through Sakleshapur town.

Two rivers originate in Sakleshapur taluk and drain westward through the Ghats. The Kempuhole River originates near Manjarabad Fort and flows westward to join the Netravati River, which empties into the Arabian Sea at Mangalore. The Kumaradhara River, another tributary of the Netravati, drains the southwestern portion of the taluk. These rivers form passes through the Ghats. The Bangalore-Mangalore Highway follows the Kempuhole River, as does the rail line linking Sakleshapur to Dakshina Kannada. Bisile Ghat Road follows the Kumaradhara, linking the southwestern portion of the taluk to Kulkunda and Subrahmanya in Dakshina Kannada.

The green pastures of Sakleshpur welcome the traveller with open arms throughout the year. The lush green landscapes and the estates in the hilly regions are a real feast for the eyes. Nature lovers coming to Sakleshpur will be thrilled by its picture perfect beauty. The homestays in Sakleshpura are an opportunity for the travelers where they can get a chance to taste the typical cuisines and experience the ethnicity of the place. These homestays are located in hilly, estate, plantation or green meadows and offer top class facilities. You can expect quality hospitality provided at the homestays along with the modern amenities during your stay with us.

These clubs require membership or affiliation from other clubs. Call the reception before coming.

MANJARABAD FORT
This place is a complete blend of history, nature and adventure. Those who would love to see the achievement of Tippu Sultan can visit

Manjarabad Fort. This fort was built in the year 1752 by Tippu Sultan and is at an altitude of 3240 ft.

BISLE GHAT
This Ghat is bordered by Bisle Reserve Forest and is one of the magnificent rainforest in India. It’s a must visit destination for Nature lovers. There is a rich habitat of flora and fauna in this region. This is a great place for trekkers and bird watchers.

Highlight: This is an apt place to see the panoramic view of the mountain region in Sakleshpur.

BELUR
Belur, also known popularly as Velapuri is a place located in the Hassan Disrict close to Sakleshpur. This is one of the popular tourist destinations in Karnataka. Belur has a prominent historical background and it was the capital of Hoysala Empire. Halebidu, another tourist destination is just 16 Kms from Belur.

HALEBIDU
Halebidu, was earlier called as Dwarasamudra and the factual meaning of Halebidu is ruined city. Since the city was broke twice by the Bahman Sultanate it was named as Halebidu. It was the royal capital of Hoysala Empire and has the history that dates back to the 12th century.

Highlight: It is one of the best examples of Hoysala structural design.

SHRAVANABELAGOLA
Shravanabelagola is one of the major tourist destinations in Karnataka. It has the historical and architectural fame and travelers from pan India visit this magnificent spot. This place is also considered as one of the major Jain pilgrimage place.

SHETTIHALLI
Around 1860 Shettihalli was built by French missionaries. The Holy Rosary Church in this place was built using mortar, bricks, jiggery and eggs. This church is in its ruins and standing tall in the backwaters of hemavathi reservoirs.

JENUKAL GUDDA
Jenu in English means Honey and Gudda means Hill. This is the second highest peak in Karnataka. This place offers a panoramic view of Western Ghats. This place is also called as Hadachalli and is a popular tourist spot in Sakleshpur.

Highlight: Nature lovers will find this a very soothing and solacing place in Sakleshpur.

The town lies on the National Highway 48 (NH-48) which connects the port city of Mangalore, with the capital city Bangalore of Karnataka state. The nearest airport is Mangalore International Airport.

By Rail: The nearest railway station is Sakleshpur (1 km).Mangalore (132 Kms).

Distance to Sakleshpur from major Cities

Sakleshapur receives very heavy rainfall from the southwest monsoon. It is one of the places receiving the most rainfall in Karnataka. The places are like Agani (near Hanbal-here the average rainfall is believed to be more than that of Agumbe, which receives the highest rainfall in South India. The analysis of last 16 (1996–2011) years of data reveals that the highest (Av. 2050.3 mm / 80.72 inches) rainfall has occurred in Sakleshapur. In 1997 it had received 2916 mm / 114.80 inches of rainfall. In 2010 it had received 2920 mm / 114.96 inches.

Banalu valley is located in Sakleshpura in India’s Karnataka state, which is a hill station in the Western Ghats mountain range surrounded by slopes covered 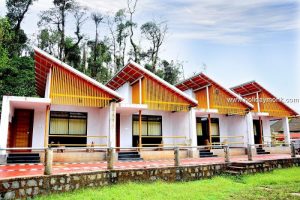 The homestay is located in a beautiful stream bed in the midst of the Western Ghats. Atavi means forest. The name of the place is 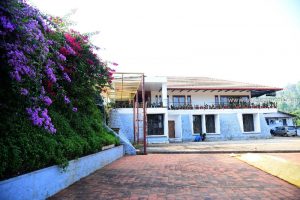 Lost in the wilderness of the Western Ghats, Water Village is surrounded by mountains on all sides with greenery as far as the eye can 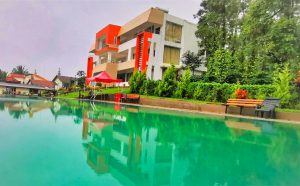 Jappadhkallu Resort is a premier resort amidst the lush greenery of Western Ghats in Hassan District of karnataka. Situated at a distance of 250 kms 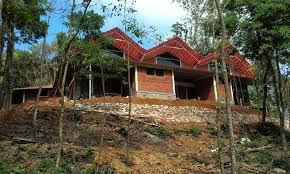 Experience divine tranquillity and allure, amidst the land of varied diversity. Hills’ blossoming with flowers of every shade and lush green forests all around is 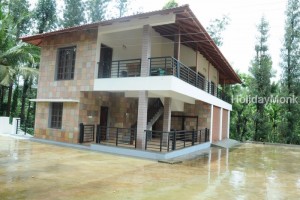 Welcome to cool and cosy home stay. You will surely be overjoyed to see the stunning locations. Array of services provided at our home stay 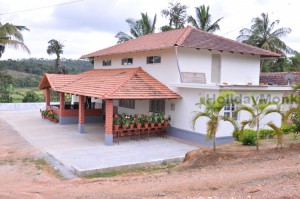 Welcome to GreenVillage Homestay…A home away from home! GreenVillage home stay is personally supervised by the host family which is located in the malenadu region 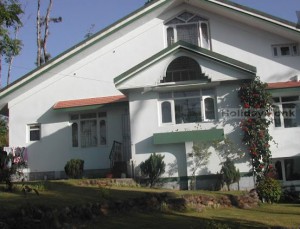 Devagiri Retreat Sakleshpur is originally a 40-year-old Coffee Estate and a farm run by the Hodachalli family, with Mr. Nagesh at the helm. The Devagiri

Mekanaagdde Homestay is a place to escape from urban sprawl and reconnect with yourself and the countryside. Homestay combines the comfort and personal hospitality, informality 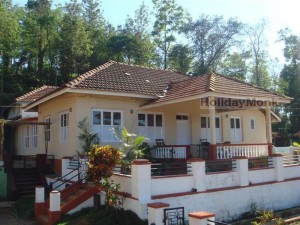 Welcome to MakkiThitta Home Stay, an elegant home built in traditional Malnad style. We will help you to feel the Malnad culture, cuisine and lifestyle 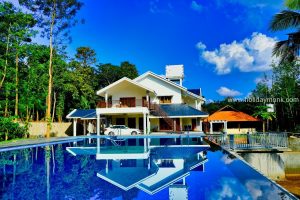 TAMOHARA RESORTS Snuggled amidst the mist-clad mountains of Western Ghat, Tamohara Resort in Sakleshpur is a stunning getaway offering luxury and lifestyle of the finest 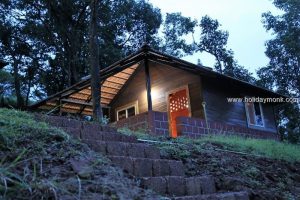 The perfect destination for nature lovers. Experience the outdoors. Connect with the nature. Rediscover yourself.   The Kadumane Hills Estate located in the midst of

About Karadibetta Bungalow Located at about an hour’s drive away from Hassan, this heritage bungalow is over 100 years old. Situated on top of a 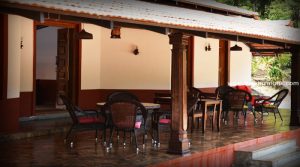 Sprawling and beautifully landscaped grounds quietly nestled in the coffee plantation of the Western Ghats in Southern India, The Kaduhithlu awaits your arrival. One of 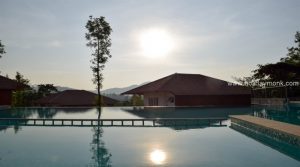 Aroha’s Eco Hill Resort that’s both cutting-edge and cosy, set in enchanting Sakleshpur countryside. Aroha’s Eco-Hill Resort is a place that needs no embellishment. The 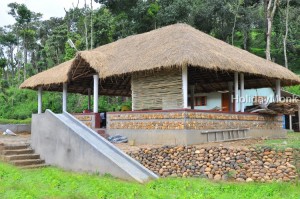 Any tourism is intended to provide an escape from the monotony of daily life and commercial life. That is the point which relaxes and rejuvenates 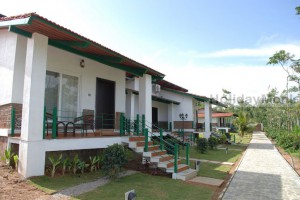 While being in the midst of all actions, Eka Resort, Sakleshpur exudes serenity and lushness. It is surrounded by the lavish vegetation and is an 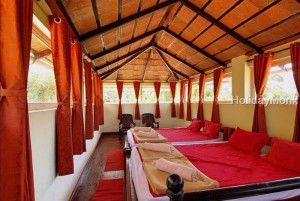 Huli Kallu is a place where time stands still. 24 hours feel like 24 hours and not like a fraction gone by without realizing life

Welcome to Kadumakki – there is magic in the air !! Kadumakki – a piece of heaven, designed to rest, relax and rejuvenate