Located in Jammu and Kashmir, the northernmost state of India, Ladakh is best known for its breathtaking landscapes and mountainous terrain. From amazing roads flanked by wondrous mountainscapes to the many colours of Buddhism, there’s plenty here that makes it one of the most popular tourist destinations in the country. With its splendid geographical location, Ladakh boasts of some of the highest motorable roads, mountain passes and villages. From ancient trade routes between India, China and Tibet to Buddhist monasteries,  there’s enough in Ladakh to keep you here for long. While spots like Pangong Lake and the Leh Palace might be quite popular, there’s a lot more to the place that awaits you. To make things easier for you, we’ve picked out 10 places to visit in Ladakh on your trip here.

Famed for its characteristic white dome, the Shanti Stupa is one of the landmarks of the region. Located on a hilltop in the Chanspa region, the stupa was constructed in 1991 by a Japanese Buddhist. This monument is particularly prominent due to the fact that it houses the relics of Buddha within its structure, which was overseen by Dalai Lama. Owing to this, the monument is frequented by tourists from the world over, making it one of the top places to visit in Ladakh. Apart from its religious significance, the place also has splendid views to keep you gaping. Make sure to visit the spot during the evening, when the stupa is all beautifully lit up.

Located atop a hill in the village of Thikse (hence the name), this stunning monastery is situated around 19 km away from the main town of Leh. Strikingly similar to the Tibetan Potala Palace in Lhasa, the monastery is a spectacular sight in itself. The 12-storied monastery stands out with its iconic architecture and significance, making it one of the top places to visit in Ladakh. Apart from being the largest gompa in central Ladakh, the structure houses several Buddhist art pieces such as stupas, statues and paintings. The Maitreya Temple that houses the largest statue of Maitreya in the district, is a major tourist attraction here.

A place that vividly represents the region’s rich history and culture, the Hall of Fame definitely deserves a spot on the list of places to visit in Ladakh. Constructed and maintained by the Indian Army, the place is a museum paying homage to soldiers who played an integral role in maintaining peace in the region and lost their lives during the Indo-Pak wars. Located near the airfield in Leh, the building also serves as a museum of sorts. Apart from allowing tourists to gain a perspective on the important historical events relevant to the region, like the Kargil War, it also lets gives you a glimpse of the life and contributions of the members of the Armed Forces.

Around 8 km from Leh is this beautiful monastery which was founded by the Red Hat sect of Buddhists but later taken over by the Yellow Hat sect. The Spituk monastery is believed to have been completed by around the 11th century and is one of the most prominent religious locations in the region. Amongst the attractions here is a huge statue of Goddess Kali, unveiled only during the annual festival of the monastery. The monastery is particularly worth visiting during the festival time, which is held in the eleventh month of the Tibetan calendar year. Providing a unique insight into the religious lifestyle and heritage of the region and also offering incredible views at every step of the way, the Spituk Monastery is definitely worth including in your list of places to visit in Ladakh.

One of the most beautiful places in the entire region, situated around 150 km from Leh town, the Nubra Valley derives its name from a word that translates to ‘valley of flowers.’ What makes it a must-visit place, you wonder? The best part about visiting Nubra, apart from its beautiful flora, is the fact that you get to cross Khardung La, one of the highest motorable roads in the world. Formed by the intersection of two major rivers, namely, the Shyok River – a tributary of the Indus river – and the Siachen river, this valley lies at an incredible altitude of over 10,000 feet above the sea level. Amongst the prominent attractions in this region, the Siachen Glacier, lying to the north of the valley, and the beautiful rivers flowing through are some of the most popular.

Often listed among the places to visit in Ladakh, the Zorawar Fort, also known as the Riasi Fort, is a remarkable structure built with local clay, sun-dried bricks and stones. A reflection of the period of military conquests and exploits of General Zorawar Singh, after whom the fort was named, this entire structure is surrounded by a massive moat of 3-5 metres. While the structure includes what’s left of an old mosque and a temple as well, make sure you visit the Zorawar Museum which highlights the historic achievements of high altitude warfare soldiers of the region.

Situated in the same courtyard as one of the oldest mosques in the region, the Central Asian Museum is one of the best places to visit in Ladakh if you want to take a peek at its rich history. Supposedly based on a historic Lhasa mansion, the tapered structure is a four-storied stone tower with a drawbridge, making it seem quite like a fortress of yore. Constructed with the aim of providing insights into the unique trade practices of Central Asia, the museum features different exhibits ranging from artifacts to an interesting photo-essay titled Faces of Ladakh. It is safe to say that it leaves you with a different perspective of the region which is predominantly known for tourism and travel.

Situated near Leh town, Sankar Monastery or Sankar Gompa reflects Buddhist traditions in the midst of the stunning scenery that is characteristic of the region. Though home to only a few resident monks, this monastery is the residence of the Abbot of Spituk monastery, the senior incarnate lama of Ladakh. Particularly beautiful in the evening time when it is lit up, a visit to this monastery promises a serene experience with some incredible views. Consisting of a cluster of buildings constructed in traditional style with a hint of modern influence, the monastery offers a unique insight into the charm of the region, making it one of the top places to visit in Ladakh.

Sacred shrines, frescoes from the royal period, a 900-year-old museum – there’s enough and more reasons why Phyang Monastery is considered a must-visit place while sightseeing in Ladakh. Located around 15 km from the main town of Leh, this beautiful Buddhist monastery dates back to the early 16th century and has different stories about how it was founded. While the treasures within the monastery are bound to leave you fascinated, another attraction here would be the annual festivals, particularly the Gang-Sngon Tsedup Festival.

One of the most beautiful sights in the region, the Namgyal Tsemo Monastery was constructed during the early 15th century by King Tashi Namgyal of Ladakh. This structure serves as a reflection of the rich heritage of the area, both in terms of its royal legacy as well as the prominent Buddhist culture here. The monastery is especially famous for its three-story-high solid gold statue of Maitreya Budha. Formerly a palace, the location is popular amongst tourists not just for the stunning view but also for the quiet and peaceful vibes of the space. Though it involves a bit of a climb to reach the site, the view and experience here are definitely worth it.

Owing to its natural beauty and interesting spots, Ladakh is definitely one of the most stunning holiday destinations in India. And now that you know where to head to while here, go on and plan your getaway soon! 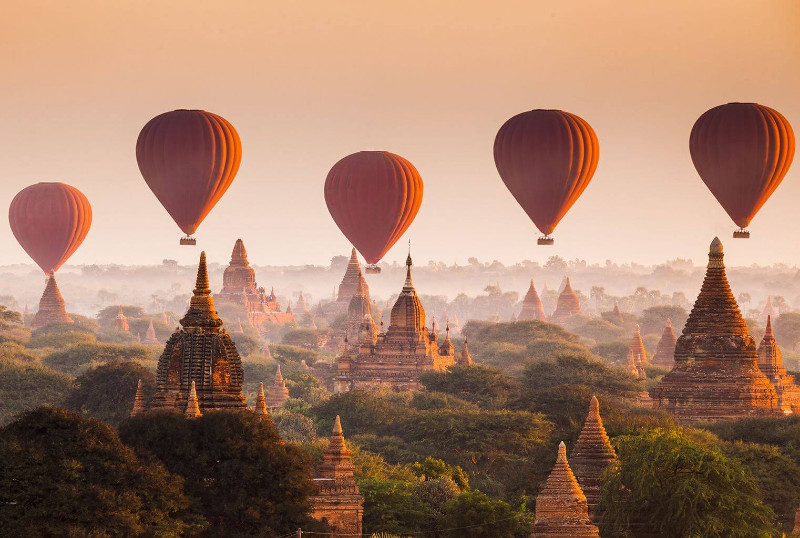 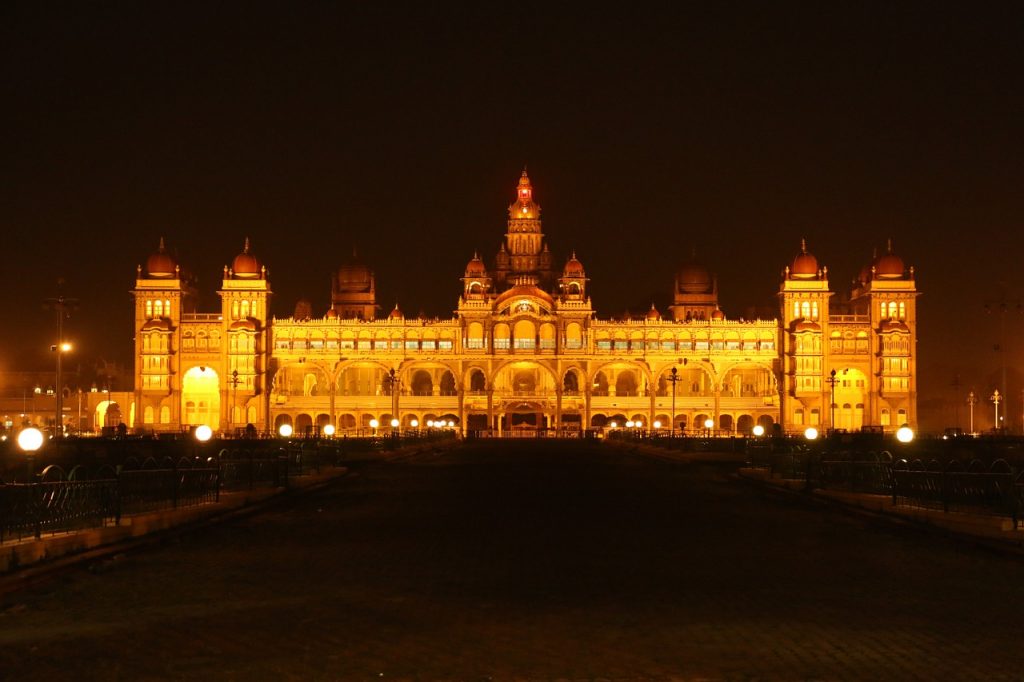 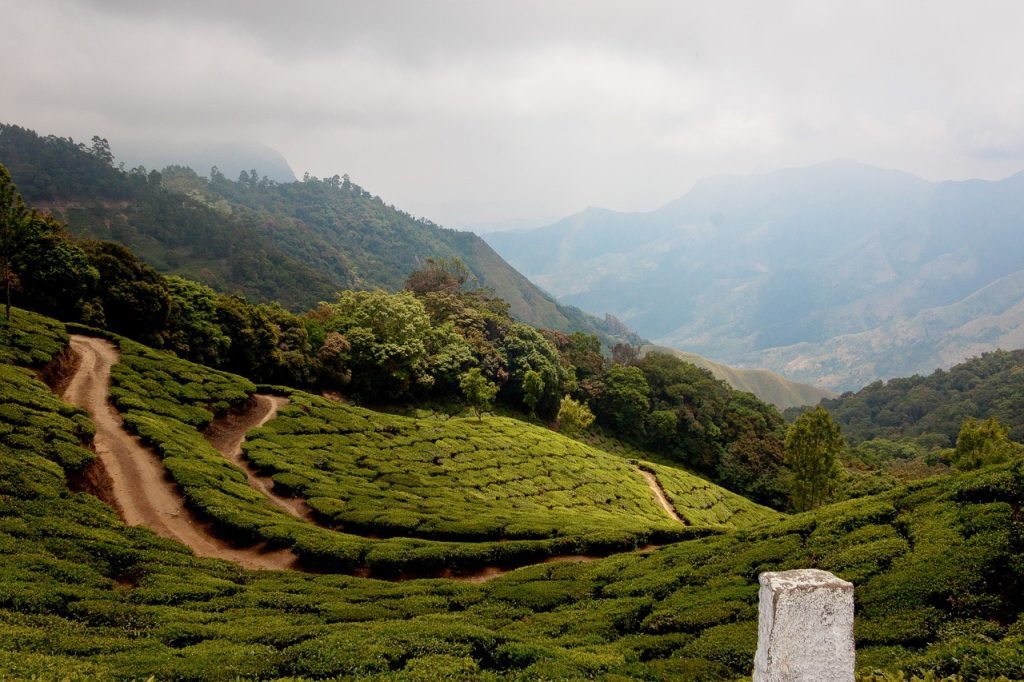