With nature in its full bloom, the town of Shimoga has been a home to several great dynasties and kingdoms. Steeped in rich heritage and culture, this main city of Shimoga District derives its name from the words 'Shiv-Mukha' implying 'Face of Lord Shiva'.

Packed with several marvels of nature in form of picturesque landscape, gorgeous waterfalls, mystical temples and lush green surroundings, its raw beauty will leave you absolutely enchanted. Blessed with swaying palms and verdant paddy fields, the place has earned itself a nickname of rice bowl as well as the bread basket of Karnataka. With four rivers namely Sharavathi, Kumudavath, Tungabhadra and Varada making their way into the city, gurgling and bubbling adds mystical charm to the region. Pleasant weather, beautiful rolling hills, profusion of areca nuts and endless list of attractions has made this place a must for enthusiastic vacation makers.

Shimoga is a place which is dotted with tourist attractions in huge numbers. To accommodate tourists, the place houses several luxury hotels to mid range and budget hotels and guest houses. While the luxury accommodations offers as many facilities and amenities as possible to make your stay comfortable, the other budget places are also quite good and offer impeccable service.

PLACES TO VISIT IN SHIMOGA DISTRICT

Ganapathi Temple located in Ramanna Shreste Park, Basaveshwar Temple located in Gandhi Bazar, Marikamba Temple and Kannika Parmeshwari temples are few places to visit within the city limits.
Sacred Heart Church
The Sacred Heart church of Shimoga is said to be 2nd largest church in India. The area of the church is about 18000 sqft with a big prayer hall. The impressive structure built in the Roman and Gothic styles of architecture. The main attraction of the church is the statue of Jesus.

Vanake-Abbey Falls
The Vanake-Abbey Falls is a small waterfall, situated 4 Km away from Agumbe, a popular sunset point in Thirthahalli taluk. Its scenic surroundings are an ideal picnic spot.

Agumbe
Agumbe is located in Thirthahalli taluk of Shimoga district. Agumbe is about 80 km from Shimoga. This is a famous place for viewing sunset from this top of hill. The place finds its attraction at the time of sunset, the sun sets with different hues, colors, shapes. Agumbe is also known as the "Chirapunji" of South India because this place receives the highest rainfall in South India. The best season for viewing is from November to January.

Ambutheertha
Ambutheertha or Ambuthirtha is 10 km from Thirthahalli on Hosanagara road. The river Sharavathi originates in this place. It is believed that, this is the place where the Lord Rama broke a bow to win the hand of Sita. A Shivalinga is installed at the spot.

Bhadra Dam
The Bhadra dam is located 28 Km from Shimoga near Kuvempu university. The Bhadra dam is constructed across the river Bhadra. The height of the Dam is 194 ft. Aqua farms and an electricity generating station, are other attractions.

Gajanur
Gajanur is 12 km from Shimoga on the way to Thirthahalli. The Tunga dam is constructed across the river Tunga. Gajanur is an ideal picnic spot for the people around. Gajanur also has an elephant camp. Elephants are trained here.

Heggodu
Heggodu is a small village located in Sagar taluk of shimoga district. It is about 8 km from Sagar. Heggodu village is known for its famous drama training institute called NEENASAM initiated by K. V. Subanna. The centre also has a well equipped indoor auditorium Dr. Shivarama Karantha Ranga Mandira.

Holebagilu
Holebagilu is a beautiful place we get while going to Sigandur Chowdeswari Temple. Holebagilu is located at a distance of 30 Km from Sagar and it is surrounded by the thick and dense forest.

Honnemaradu
Honnemardu is located at a distance of 25 km from Sagar on the way to Jog Falls. The place is situated on the back waters of Sharavathi river. This is one of the superb places for adventure water sports in Karnataka.

Humcha
Humcha is about 54 km from Shimoga city. Humcha is a well-known Jain pilgrim centre. The main attraction of Humcha is the Padmavathi Amma's temple. The Panchakuta Basadi of 10th & 11th Century and Jain Mutt are other places of interest.

Hulikal (97 Km)
Hulikal is heaven for nature lovers because the place is ultimate package of unlimited natural beauty. The real beauty of Hulikal can be seen only during in rainy season.

Ikkeri
Ikkeri situated 3 km to the south of Sagar taluk and about 76 Km to the noth of Shimoga. The word Ikkeri in Kannada means "Two Streets". This place was the capital of Keladi Nayakas for some years. Aghoreshwara temple here is a unique blend of the Hoysala and Dravidian style of Architecture.

Jog Falls
Jog falls is about 103 km from Shimoga. Jog falls is situated on the borders of Shimoga and Uttara Kannada district. Jog Falls are wonderful and world famous water falls. The river Sharavathi takes a spectacular leap from a height of 292 mts in 4 distinct falls, Raja, Rani, Rocket and Roarer to form the highest waterfalls in India. The best time to visit Jog falls are after monsoon during July - August.

Nearby is the Sharavathi Valley Wildlife Sanctuary, 40 km from Sagar town.

Kanoor Fort
Kanoor Fort is situated in the dense forest 50 km from Jogfalls on the way to bhatkal. This Fort of Keladi dynasty was constructed by Kari Maneesena Rani Abbaka devi. The queen was exporting spices to European countries. Queen popularly called as spices queen (Sambru Mennsina Rani in kannada language).

Kalasi
Kalasi is one of the important historical places in Sagar taluk after Ikkeri and Keladi. The main attraction of Kalasi is Twin temples dedicated to Lord Shiva, Lord Mallikarjuna Temple and Lord Neelakanteshwara Temple.

Kavaledurga
Kavaledurga is about 16 km from Thirthahalli. 5056 ft above sea level is this magnificent fort on the hill.

Keladi
Keladi is about 8 km from Sagar. Keladi was first capital of Keladi Nayakas. The main attractions of Keladi are temples of Veerabhadra, Rameshwara and Parvathi. These temples are built in the combinantion of Hoysala and Dravidian styles of architecture. There is also a well maintained Keladi Museum, which has a collection of copper inscriptions, palm leaves and coins from Nayaka's period.

Koodali
Koodli is at a distance of 16 km from Shimoga. Two important rivers Tunga and Bhadra mingle here, hence the name Koodali. Koodali is famous for its cultural heritage and temples. Mahaprayaga and Rushyashrama, Brahmeshwara, Narashima and Rameshwara temples along with 600 years old mutt of shankaracharya can be found here.

Kubetoor
Kubetoor is at a distance of 30 km from Soraba. Kubetoor has several old temples known for their architectural splendor. Outstanding among these are the Kedareshwara temple, a Chalukyan architectural showpiece and the Veerabhadra and Durgi temples.

Kundadri
Kundadri is about 12 km from Thirthahalli. A adventurous place for trekking lovers. Kundadri hill is in fact a single gigantic monolithic rock formation with various outgrowths. A rough stone paved path leads one to the top of the hill. This place is also a jain pilgrimage centre.

Linganamakki Dam
Linganamakki Dam is constructed at a distance of 6 km from Jog Falls across river Sharavathi. The height of the dam is 1819 ft above sea level. Linganamakki dam is the main feeder reservoir of Mahatma Gandhi Hydro Electric Project in Jog.

Nagara
Nagara is at distance of 19 km from Hosanagar. Nagara was the last capital of the Keladi kings. Few attractions of Nagara are Shivappanaika palace, fort, Devagana tank, Neelakenteshwara temple and Gudde Venkataramana Swamy temple.

Sigandur
Sigandur is a beautiful place and small village surrounded by green and backwaters of River Sharavathi in Sagar Taluk of Karnataka state. The main attraction of Sigandur is a temple dedicated to the Goddess Chowdeshwari which is called as Sigandur Chowdeshwari Temple.

Sri Ramacandrapura Mutt
The Ramachandrapura Mutt is located at Haniya in Hosanagara Taluk of Shimoga district.

Sakrebylu
Sakrebylu or Sakrebailu or Sakkara Bayalu is 14 Km from Shimoga on Thirthahalli Road, located on the banks of the Tunga reservoir. Sakrebylu spot is where elephants from the nearby forest come to bathe and play in the water.

Tyavarekoppa
Tyavarekoppa is located 10 km away from Shimoga. The safari is stretch around an area of 200 Hectares of dense forest. Lions, Tigers, cheetahs, bears and other wild life animals roam around in the deep forests freely. This safari will be open from 9 AM to 5 PM everyday except Tuesday (weekly holiday).

Uduthadi
Uduthadi is about 7 km from Shikaripura. Uduthadi is the birth place of Akkamahadevi, the famous Kannada poetess. The ruins of an ancient fort can also be found here.

Varadamoola
Varadamoola is about 6 km from Sagar. Varadamoola is the birth place of river Varada. Varada flows through the town of Banavasi before joining Tungabhadra.

Varadahalli
Varadahalli, also called as Varadpur is well known for a famous Mutt (Ashram) called Sridhara Swami Mutt. It is famous for the Samadhi of His Holiness Sri Sridhara Swami one of the great saints of 20th century. 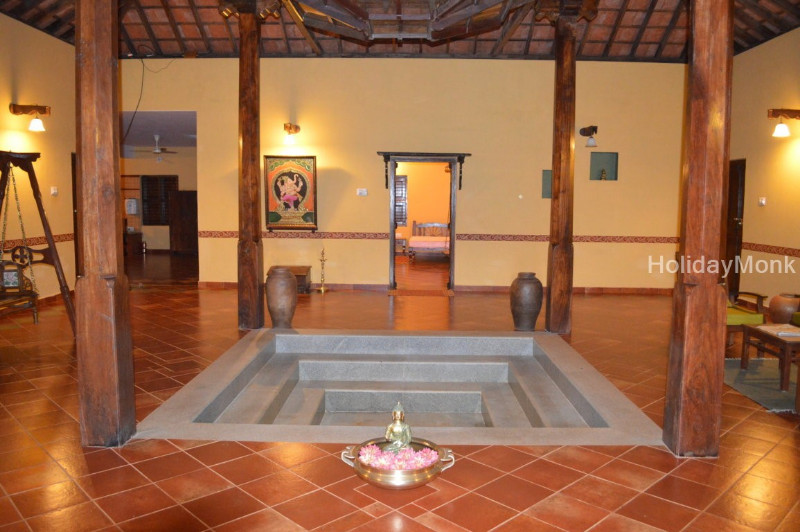 No Reviews
Favorite
Price: 1500
Traditionally, homes of grand parents have represented a sense of freedom and associated joys and memories for people. AjjanaMane intends to provide a similar natural place to stay and remember yourself. AjjanaMane is located in the small Talavata village close to Thalaguppa (Near Sagara, Shimoga district). AjjanaMane is amidst a setting where the only sounds you hear are the sounds Read more... 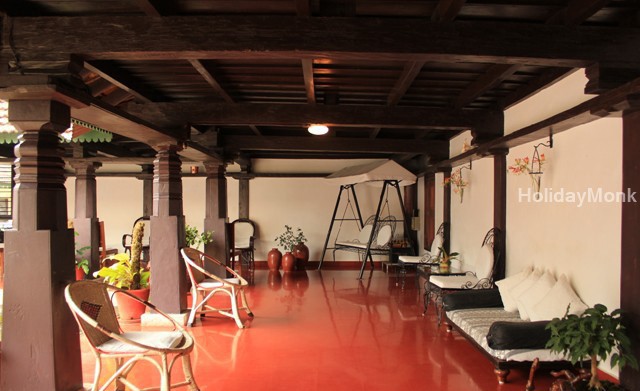 No Reviews
Favorite
Price: 2300
Welcome to the “Kolavara Heritage Homestay in Thirthahalli, Shimoga” located amidst dense forests ofWestern Ghats. It is a perfect holiday home where you can enjoy the serene beauty as well as the hospitality of Malnad that makes you ‘feel at home’. The picturesque view of mountains and areca plantation leaves you mesmerized and you experience the freedom from the hassles of the day to day Read more... 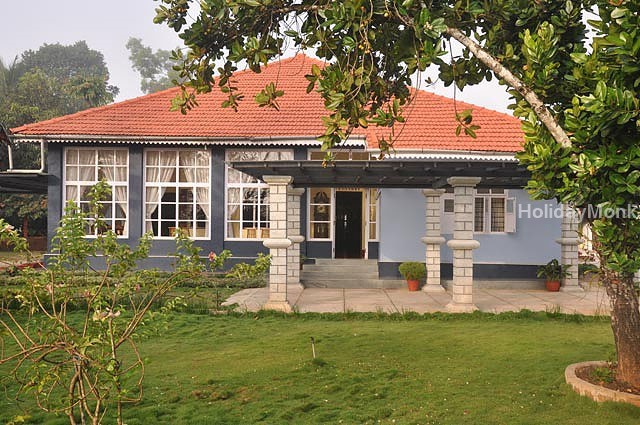 No Reviews
Favorite
Price: 2000
Come to Bananki Home stay to experience Nature’s beauty and receive true Malnad hospitality. Come to feel the exciting beauty of the hills, rivulets, the evergreen forests or to simply relax and fill your lungs with oxygen. The lush green countryside around is the place to be for recharging the mind and the body. Bananki Home stay is far from the madding Read more... 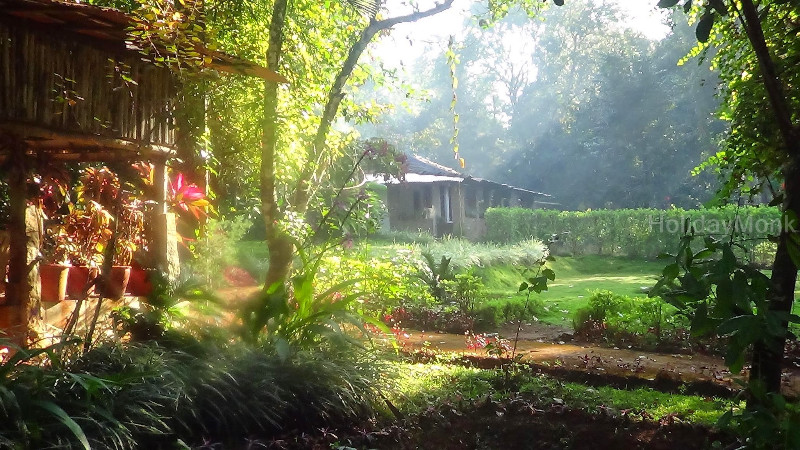 No Reviews
Favorite
Price: 2000
Nature’s Music Never Stops Here. Live With Nature, Refresh Yourself In this electronic age, while the speed beats the distance and hi-tech gizmos provide you the materialistic comforts at home, nothing can provide you the relief from pollution and work stress of the concrete jungle (city life). It has been scientifically proven that stress and pollution have negative effects on Read more...
Loading...
No Records Found

Change Location
To find awesome listings near you!